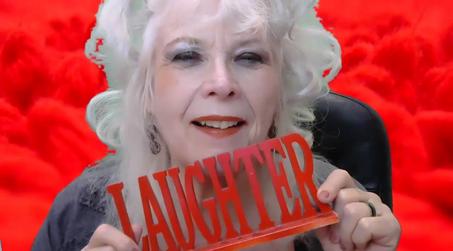 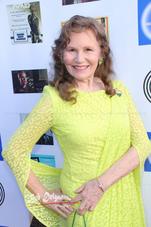 THERE IS ALWAYS LAUGHTER INVOLVED!

Originally from New York City, after several visits, she fell in love with Southern, CA and the Acting bug was implanted!

Actor at The Next Stage Theater; in Happily Whatever After! Angel Academy and Vampire Masquerade! X 2

Linda Sam has been featured in numerous commercials and short films. To name a few: Homeless Hand jobs, T's Video, Tears for Fears, an episodic Podcast, The Graduation Speech, Hamstel and Gretel and Ice Cream in the Cupboard.

Marguerite Fair is delighted to have the lovely and multi-talented Samantha Waggoner to be the Associate Producer for "Laughter Talks."

Sam also uses her acting talents in many of Marguerite's Fair's productions such as the funny co-host for "The Real Fake News Segments and has lent her acting skills for the REading of Goddess Intervention and the Halloween Special Scary Show for Laughter Talks!

Roberta E. Bassin is known for her compelling portrayals of an array of interesting characters in film, TV and stage, including film classic "Barfly", Emmy and Golden Globe Best Movie for Television Winner "Indictment: The McMartin Trial" and Clint Eastwood's "J. Edgar."

A few of her many preformances in Television include: Shameless, How to Get Away With Murder, Ray Donovan, Major Crimes, Criminal Minds, E.R., Crossing Jordan, American Dreams, Gideon's Grossing, The Pretender. Roberta has appeared in many television commericals

One of her greatest joys as an actress/writer, has been performing her once woman show, "Amelia Earhart" In Her Own Words." She now has authored a companion book "Amelia Earhart, Me and Our Friends: Journaling the Journey...The Amelia Earhart Self Help Book."

Veteran writer, director and producer Marguerite Fair is passionate and productive about her many writing and video projects in various stages of development. "Goddess Intervention" is now slated to go into production after the vaccine mandates end.

She has written several screenplays, the most recent: "The Racists."The Racists."  The story is based on a true event with a young man in an Ikea Store five years ago.

Recently, the movie was produced and is now in preparation for the film festival route. To Purchase A Dvd copy of the movie:

Marguerite's work reflects the importance of healing and forgiveness while embracing the ability to laugh at ourselves  to create a joyful presence in the world.

Marguerite has created, produced and directed the online web show The M & M"s which she co-hosted with Michael Tatlock for a year and a half.  Afterwards the show changed to: Laughter Talks, co-hosted with Producer Antonia Roman.  The show is now hosted by Marguerite Fair and her various guests!

For more information about Marguerite Fair and her projects, visit: